Rahman Lowe Partner, Zillur Rahman features as The Times Lawyer of the Week 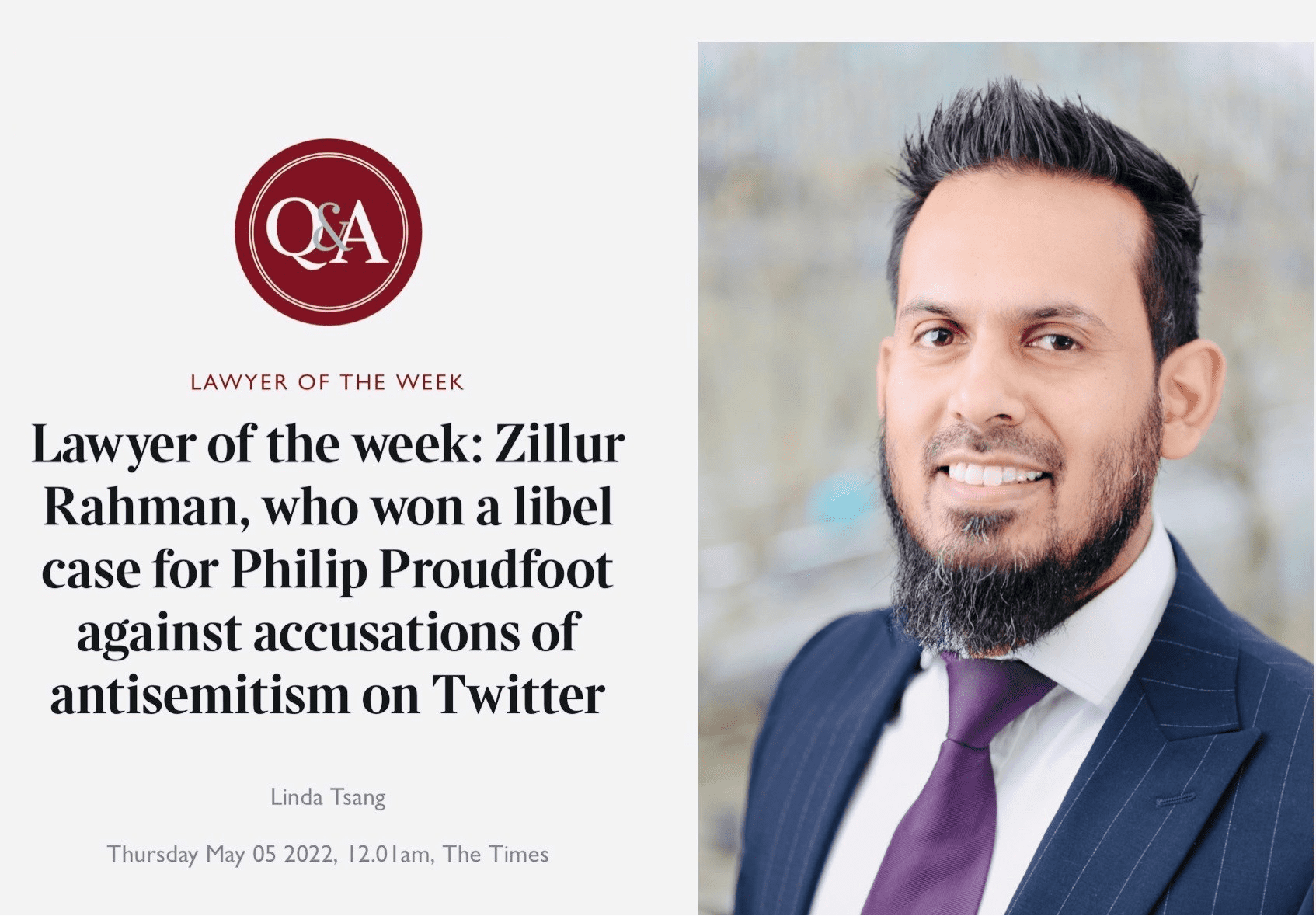 Rahman Lowe Solicitors are delighted to announce that Zillur Rahman has been featured in The Times as Lawyer of the Week.

Published today, the article includes a Q&A with Zillur, who talks about the high-profile case and his legal career to date.

“Being named The Times Lawyer of the Week is a great achievement. I could not have done it without working with great lawyers such as Jahad Rahman, in a firm which has a nothing is impossible attitude, and Counsel, Mark Henderson of Doughty Street Chambers.”

The full article can be viewed here, and you can view our full press release on Dr Proudfoot’s high profile defamation claim here.