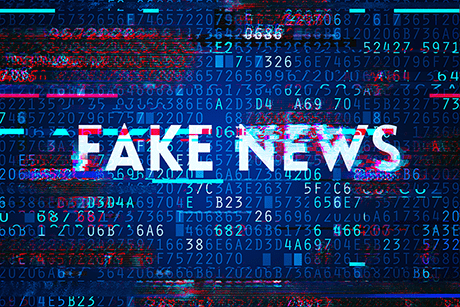 Times Newspapers has paid substantial damages and published a retraction and apology to Ahammed Hussain, the leader of a Scout group based in Lewisham Mosque, after admitting that allegations in The Times that he promoted extremism in his role as a Scout Leader, was linked to antisemitic organisations, and was being investigated by the police, were all “false”.

He was represented by Zillur Rahman of Rahman Lowe Solicitors, and counsel Mark Henderson of Doughty Street Chambers in defamation claims that he brought against each of the national newspaper groups that published stories referring to him in January 2019. These included allegations about using the Scout Group to promote extremism, segregation of children, extensive links to antisemitic groups, and inviting banned preachers to the Mosque.

He has now achieved complete vindication: Times Newspapers, Telegraph Media Group, Associated Newspapers, and Express Newspapers have admitted that the allegations were false, published retractions and apologies to Ahammed, paid him substantial damages, and agreed to pay his legal costs. The total damages paid out is a very substantial sum and exemplifies the seriousness of the allegations.

The final settlement against Times Newspapers came this month after they formally admitted that The Times article conveyed a “false and defamatory meaning [under] s.1 of the Defamation Act 2013” (the serious harm test) that: “The Claimant had…promoted extremist Muslim ideology at the Scout group…; The Claimant had a longstanding history of links with antisemitic individuals and organisations [with] strong grounds to suspect that he himself was antisemitic”, and that there were “grounds to investigate whether…criminal offences [had been] committed by the Claimant in the way [he] had run the Scout group.”

In a retraction and apology published in its print edition and online, The Times admitted to having “incorrectly asserted” that “concerns that he had promoted extremist Muslim values, including segregation of boys and girls” had led to suspension by the Scout Association and a police investigation, and “also asserted that [he] had a history of association with antisemitic organisations and individuals”. The Times concluded that: “We accept these allegations are false and apologise to Mr Hussain for these errors and for the distress caused by them. We have agreed to pay damages and costs.”

The settlement followed shortly after the success of Ahammed’s claim against the Telegraph at the end of January 2020. The media attacks had begun with a Daily Telegraph ‘investigation’ assisted by the Henry Jackson Society, a neoconservative British think tank. This led to a Daily Telegraph front-page splash by Camilla Tominey on 19 January 2019 headlined “Mosque with ‘extremist’ link runs Scout troop”, which targeted Ahammed’s role as leader of the 1st Lewisham Park Scouts Group, run by the Lewisham Islamic Centre since January 2013.

The Telegraph paid damages and published a retraction and apology accepting, amongst other things, that “we wrongly reported that the police were investigating Ahammed Hussain … who, we said, had segregated the Scout group by gender …, and had promoted Muslim values and extremist views to scout members in ways that contradicted the Scouts commitment to British values.” It stated that “We accept Ahammed Hussain did not conduct himself in the ways suggested”. The Telegraph also “now accept[ed] that [it] was wrong” to have “said that Ahammed Hussain had links to extremist Muslim Groups that promoted terrorism and anti-Semitism” and put on record “that Mr Hussain has never supported or promoted terrorism, or been anti-Semitic”. It “now accept[ed] that the article is defamatory of Mr Hussain and false and apologise[d] for the distress caused to him in publishing it [and] have agreed to pay him damages and costs.”

Associated Newspapers settled in December 2019, also paying substantial damages and publishing an apology and retraction accepting that a series of allegations in MailOnline were “incorrect” and that
Ahammed “is not and has never been the subject of a police investigation arising out of these incorrect allegations. We are also happy to make clear that he was not promoting any extremist views while involved with the Scout Group and that he is not an anti-Semite and has not associated with extremist groups. We apologise for the errors and distress cause to him and his family… In recognition of this, we have agreed to pay Mr Hussain damages and his legal costs.”

Express Newspapers were the first newspaper group to concede in August 2019, admitting that articles published on page 2 of the Daily Star Sunday were defamatory of Ahammed, and agreeing to pay substantial damages. In its retraction and apology, it accepted that it had made several allegations against Ahammed, including of extremist speech and of inviting a banned preacher to the Mosque, but now “accept[ed] that there was no truth in any of these allegations and that Mr Hussain is not an anti-Semite”. It also admitted having claimed that “the scout group that he led had been re-ported to the police by the Scouts Association in respect of allegations of segregation and that his scout group was disguising extreme Muslim teaching” but now “accept[ed] that these allegations about his scout group, and that it was reported to police, were completely unfounded.”

The published apologies can be seen here: Times apology; Telegraph apology; Daily Mail apology. Express Newspapers apology was in the print edition only.  A written copy of all the apologies can be found here.

“In hindsight I can see that this failed attack on my character was a desperate attempt to undermine the good work that Muslim Scouts groups do generally, and mosques like Lewisham Islamic Centre in particular. At the time though, having my name smeared across four national newspapers and news sites was a shocking experience. I am appreciative of the support from my legal team (Zill Rahman at Rahman Lowe and Mark Henderson at Doughty Street Chambers), Lewisham Islamic Centre and Muslim Scouts Fellowship; and deeply grateful for the positive reactions from the Scouts parents and my own family.”

“Once more we see the media using false extremism allegations to attack someone whose civic service they should be applauding. It’s disappointing to see national newspapers yet again running libellous stories that create hysteria about a particular community, in this instance the Muslim community. However, Ahammed’s wholesale vindication demonstrates how the media can be effectively held to account.”

Our extensive experience of acting in high profile defamation cases means that we are particularly well placed to advise clients whose case may reach the public eye, and to advise on associated matters such as reputation management. For further information or to discuss a potential claim, please contact us on 0207 956 8699 or info@rllaw.co.uk. We are ranked as a ‘Leading Firm’ in the Legal 500 and Chambers and Partners independent guides to the UK Legal Profession.