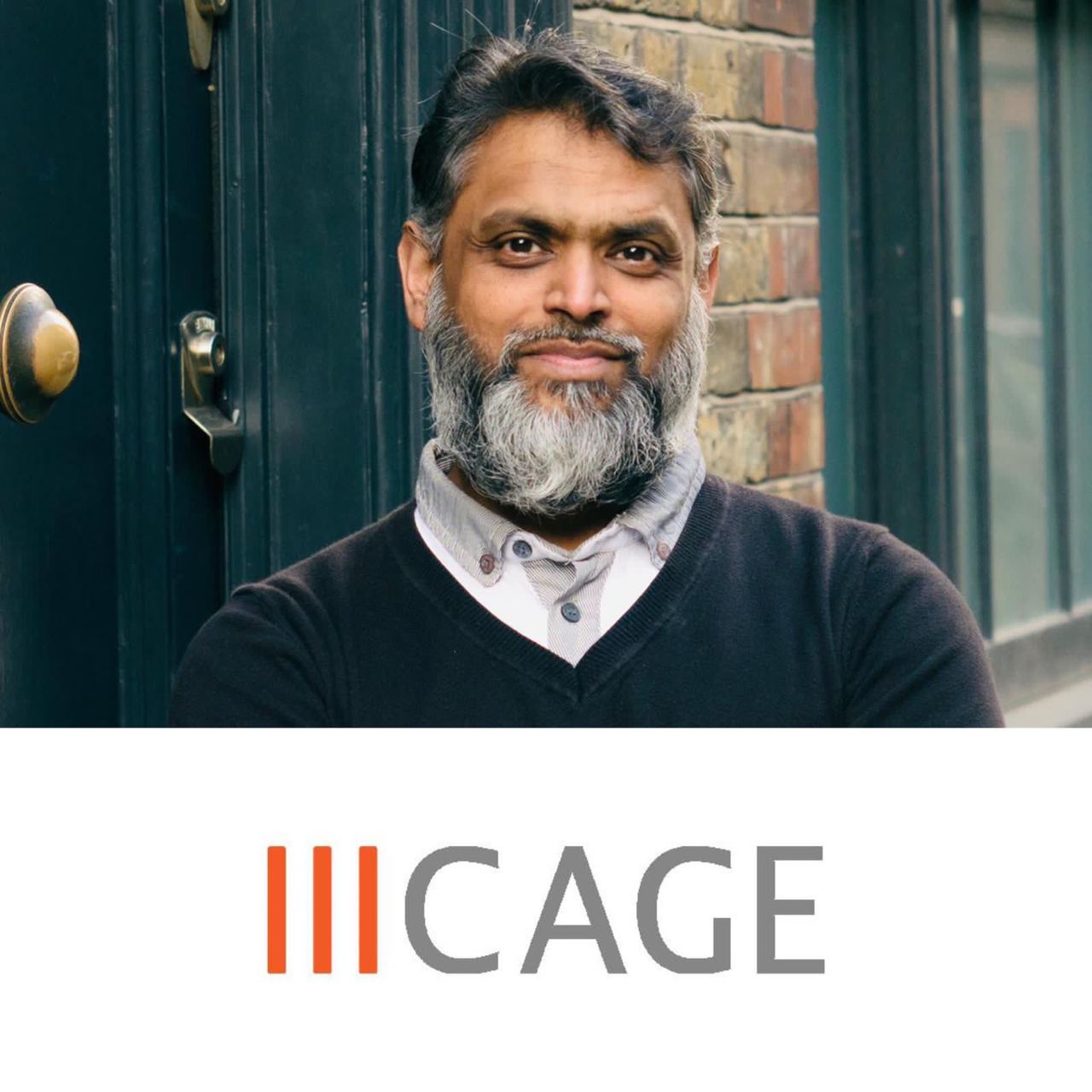 The Times will pay a total of £30,000 in damages, it is announced today, in settlement of a libel case brought by CAGE, the grassroots advocacy organisation, and Moazzam Begg, its Outreach Director and a former Guantanamo Bay detainee.

The Times has made a public retraction and apology to both Mr Begg and CAGE, which is published today in The Times, as part of a comprehensive legal settlement. It also made a statutory admission that its article was defamatory of Mr Begg.

CAGE and Mr Begg were represented successfully by Zillur Rahman of Rahman Lowe Solicitors, and counsel, Mark Henderson of Doughty Street Chambers.  Rahman Lowe is pleased to confirm that Mr Begg and CAGE have each received a substantial sum of damages, amounting to £30,000 in total, plus the legal costs of both claimants in full. Its retraction and apology to CAGE and Mr Begg is published in The Times print newspaper dated 4 December 2020 and on its website.

The article published in print and online on 25 June 2020, headlined “Campaign group helps Reading suspect Khairi Saadallah”. Its opening paragraph claimed that CAGE “has backed the Reading attack suspect”, referring to the attack, in which was being treated as a suspected terrorist attack, and in which the suspect killed three people in a Reading park  on 20 June 2020.

The Times admitted suggesting both CAGE and Mr Begg “were supporting the individual suspected of the Reading knife attacks of June 20, 2020, and that they were excusing his actions by reference to failings by the police and others were assisting Mr Saadallah, that they were justifying his actions”. These allegations were untrue and The Times has admitted they were wrong.

The Times has also admitted that “We also wrongly stated that they refused to comment on their involvement with the suspect.”

CAGE had actually responded – ahead of publication – to queries from The Times, telling its journalist that “We are not aware that he has ever approached us for support”, but the published article suggested the contrary.

After publication, CAGE immediately contacted the journalist to complain. CAGE was subsequently shown an email from the journalist to an editor at The Times expressing his concern that “The below article was re-nosed in editing without consulting me to change the meaning of the top line”. The Times then immediately removed the article from its website and published a correction in print and online. However, it did not contact CAGE to agree a satisfactory wording.

Following libel claims initiated by both CAGE and Mr Begg, The Times has formally admitted that it libelled Mr Begg by publishing the defamatory imputation that he was “acting as an apologist for someone suspected of a terrorist attack by working (after the event) to support him, and by seeking to excuse his actions by reference to failings by the police and others.” It admits the defamatory allegation was false. Mr Begg has agreed a settlement involving substantial libel damages.

The Times initially disputed the claim for libel damages by CAGE by contending that CAGE was a “body that trading for profit” under s.1 of the Defamation Act 2013 so had to show “serious financial loss” in addition to serious harm to its reputation in order to bring a libel claim.

In response, CAGE’s legal team supplied evidence showing its objectives were “to promote human rights throughout the world” and other “benevolent and philanthropic purposes” and that it did not generate profit for private individuals. It argued that the Parliament had not intended that civil society NGOs such as CAGE should be prevented from challenging false and defamatory allegations unless they were caused “serious financial loss”. Following these submissions, The Times settled CAGE’s libel claim for substantial damages (additional to Mr Begg’s damages) and confirms in its published statement today that it has paid damages and legal costs to both CAGE and Mr Begg.

“We incorrectly suggested (News, 25 June) that the advocacy organisation CAGE and its Outreach Director, Moazzam Begg, were supporting the individual suspected of the Reading knife attacks of June 20, 2020, and that they were excusing his actions by reference to failings by the police and others. We also wrongly stated that they refused to comment on their involvement with the suspect. In fact, while they commented on police and media reaction to the attack, they had no involvement with the suspect. We apologise to CAGE and Mr Begg for these errors and for the distress caused, and we have agreed to pay them damages and legal costs”.

Speaking on the settlement, Zillur Rahman of Rahman Lowe said:

“We are delighted by this outcome for our clients. £30,000 is a substantial sum of damages for an article that was online for less than 24 hours. It exemplifies the gravity of the allegations and provides the vindication to which CAGE and Mr Begg are entitled. It also demonstrates that the media cannot publish defamatory articles and assume that removing them from their websites and publishing inadequate corrections will permit them to avoid liability for these libels.”

Speaking on the victory, on behalf of himself and CAGE, Moazzam Begg said:

“This appears to be a case of Times editors sexing up a Times journalist’s story to create a completely false link between a Muslim grassroots advocacy group and a suspected terrorist attack. We are pleased that The Times has been held to account and would like to thank our legal team for their assistance in doing so.

Over the years, Muslims in Britain have become accustomed to reading sensationalist and defamatory headlines in popular newspapers. The aim of these stories appear to be two-fold. Firstly, to perpetuate a narrative that demonises Muslims who seek justice and accountability from the state and, secondly, to make huge profits in the process. On this occasion, after being forced to recognise its unacceptable behaviour, The Times has apologised and offered compensation for the injury caused to us in the line of our work.

This will not be the last time The Times uses its pages to generate more hostility towards Muslim activists. We can only hope that this settlement serves as a reminder to others that the truth is non-negotiable.

In the meantime, this decision will assist CAGE to call out misrepresentation by the media of its important work in exposing war criminals and torture apologists.”

CAGE is an independent grassroots organisation who campaign against discriminatory state policies and advocate for due process and the rule of law. The organisation was formed in 2004 to raise awareness of the plight of the detainees held at Guantánamo Bay and elsewhere.

Moazzam Begg is an Outreach Director at CAGE and former Guantanamo Bay detainee. He has been a columnist for the Guardian, Los Angeles Times, Boston Globe, and the Independent. He has co-authored a book and was made one of GQ magazine’s top 100 men of the year, and he was placed above Bob Dylan, the Queen, and Stephen Hawking in the New Statesman’s top 50 “Heroes of our time.” He regularly appears on TV and has featured on Newsnight, Sky News, BBC News and most recently with Piers Morgan’s Good Morning show on 22 January 2020 and 6 April 2020. 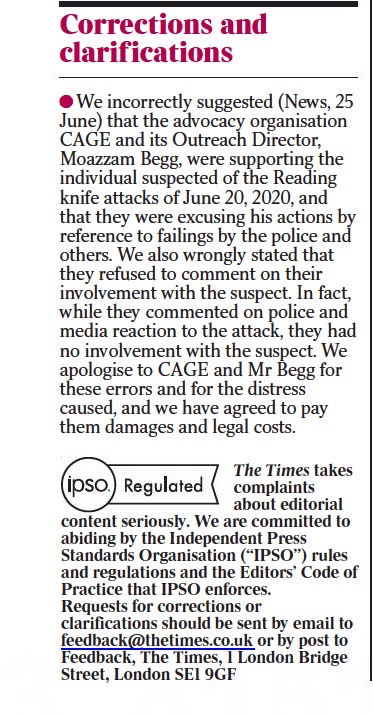 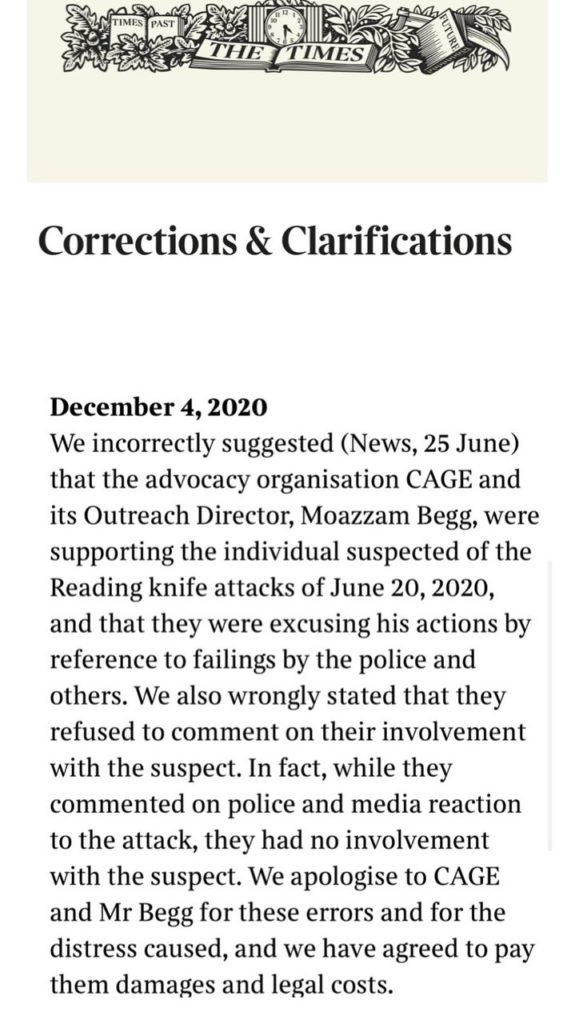