Race discrimination in the UK 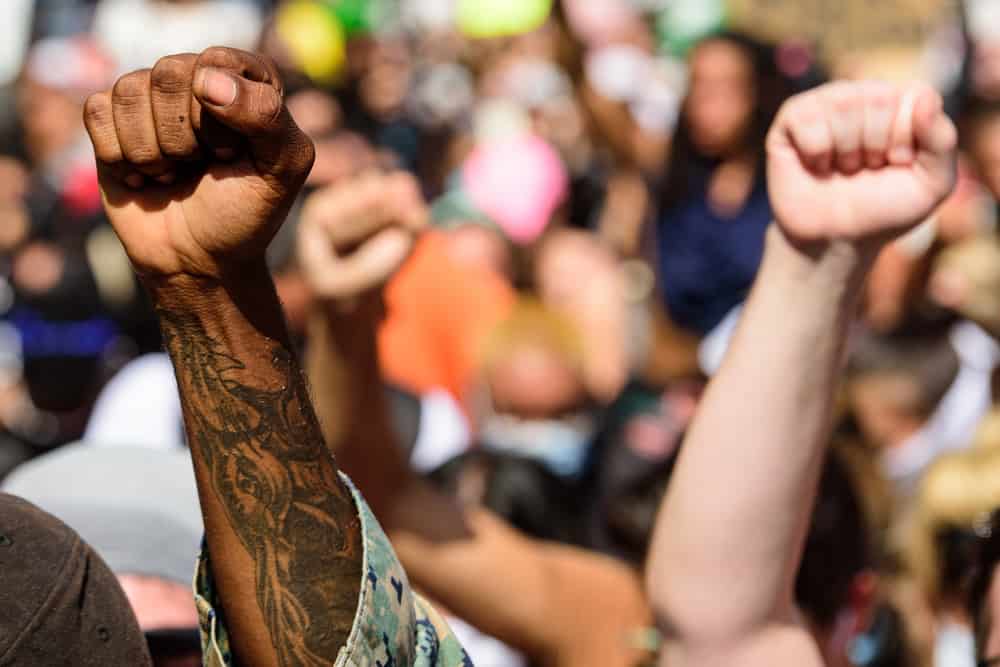 There has been considerable coverage in the media recently regarding race discrimination, in particular around the Black Lives Matter movement, but also about wider concerns at the disturbing extent of racism experienced by ethnic minorities throughout many aspects of society.  Of course, this is not a new topic, not least for those who have for years experienced racism and suffered its pernicious impact on their lives.

This is unfortunately a long-standing issue.  However, there is a sense that this increased awareness and concern may finally translate into real action to address the racism that still exists. It is important to understand the scale and extent of race discrimination experienced by many in the UK today and to understand how far we still need to go as a society to eliminate racism.  But awareness of the breadth and depth of the problem although necessary is not sufficient, we need to identify specific actions to be taken at all levels. This will include action not just at the individual level, but in areas such as education, employment, the justice system, policing, housing, immigration policy, the political system and other important areas which directly effect the lived experience and life chances of so many.

From an employment law perspective, before setting out some suggested actions which employers can take now to prevent and address race discrimination in the workplace, we set out below some statistics to give context to the scale of the problem society is facing in a range of different areas.  We have in the past written about racism in football.  This is unfortunately still an ongoing issue.

In the field of immigration, the Equality and Human Rights Commission has this month announced that it “will be reviewing how the Home Office complied with equality law when implementing the ‘hostile environment’ immigration measures, which had such a serious and damaging effect on many members of the group known as the Windrush generation and their descendants.”   The EHRC states it “will develop recommendations based on our assessment. These will then be used to inform the Home Office’s policies and procedures in the future.” This is an important development and the report, and its recommendations will be keenly awaited.

In the employment sector, there continue to be significant barriers experienced by many due to race discrimination.   The Review by Baroness McGregor-Smith on “Race in the workplace” was published in 2017. In the Review, Baroness McGregor-Smith stated that “There is no reason why every organisation in the UK should not have a workforce that proportionately reflects the diversity of the communities in which they operate, at every level. This is what our collective goal should be, and has guided the recommendations I have made in this report.”

The report noted that: “BME individuals in the UK are both less likely to participate in and then less likely to progress through the workplace, when compared with White individuals. Barriers exist, from entry through to board level, that prevent these individuals from reaching their full potential. This is not only unjust for them, but the ‘lost’ productivity and potential represents a huge missed opportunity for businesses and impacts the economy as a whole. The potential benefit to the UK economy from full representation of BME individuals across the labour market, through improved participation and progression, is estimated to be £24 billion a year, which represents 1.3% of GDP”.   The statistics in the report stated that:

The Equality Act 2010 prohibits discrimination because of ‘race’, which includes colour, nationality, ethnic or national origins.

Direct race discrimination occurs when a person is treated less favourably than another because of a protected characteristic such as race, sex, religion or belief etc. Proving direct discrimination is not straightforward as direct evidence of discrimination is often not available. Generally, those that discriminate do not advertise their prejudices and therefore, one is often left to infer discrimination from the circumstances.

Direct discrimination need not be conscious. In employment, unconscious bias can influence decisions in recruitment, promotion and performance management. It could be discriminatory when the unconscious bias relates to race and people may hold prejudices that they do not admit, even to themselves. Preconceptions that people of a particular racial group possess or lack certain skills are discriminatory. Some companies are now providing unconscious bias training for staff and this will need to become increasingly common if discrimination is to be addressed.

There are widespread barriers which may not be directly discriminatory but could potentially be indirect race discrimination.

The object of anti-discrimination legislation is to ensure that individuals and groups are not treated less favourably in the same or similar circumstances, and that each person is treated as an individual and not assumed to be like other members of the group. Stereotyping is unacceptable because what may be true of a group, may not be true of a significant number of individuals within that particular group.

The response to any form of racism must be robust. And yet, there is a real awareness that not enough has been done by those in positions of power and influence, such as employers, the police, the political system, the government, to really root out the racism experienced by so many.

Unfortunately, despite the reports and recommendations made to date in various sectors of society regarding how to tackle racism, there remain real concerns that not enough has been done to eliminate racism and acknowledgment that much more action needs to be taken. This is a process which will not result in overnight change, but neither can society afford to wait for many more years for race discrimination to be serious addressed.

If you have been subjected to race discrimination at work,   please contact our expert employment lawyers today for a confidential and no obligation discussion on 020 7956 8699 or email info@rllaw.co.uk.  We have significant experience of advising those working in a wide range of professions on race discrimination claims. We have successfully pursued race discrimination claims in the Employment Tribunal, including on behalf of senior executives in the financial services sector and NHS workers. Our emphasis is on results and we work very closely with our clients to provide commercially realistic solutions to their legal problems.