Do agency workers have the right to be offered the same number of hours as permanent employees? 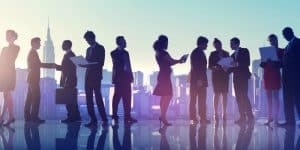 In Kocur v Angard Staffing Solutions Limited (2019 EWCA Civ 1185) Mr Kocur was employed by Angard Staffing Solutions Ltd (“the company”) a wholly owned subsidiary of Royal Mail’s Leeds Mail Centre where, for the most part, Mr Kocur worked. In 2015 Mr Kocur bought a claim alleging various breaches of the Agency Workers Regulations 2010 (“the Regulations”). His claim was upheld only in part and on appeal the Employment Appeal Tribunal allowed his appeal in respect of his claim for rest breaks, but not equivalence of hours.

Mr Kocur appealed the decision to the Court of Appeal , and his appeal was subsequently dismissed. The Court held that agency workers do not have the right to be offered the same number of hours as permanent employees.

The purpose of the Regulations is to protect temporary agency workers against less favourable treatment compared to permanent employees, in respect of rights arising from their work, such as pay and working time. However, this protection does not extend to the amount of work which agency staff are entitled to be given.

This decision helpfully clarifies that there is no obligation to offer agency workers the same number of working hours as a comparable employee.