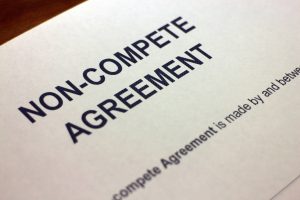 In Tillman v Egon Zehnder Ltd (2019 UKSC 32) the Supreme Court considered the issue of restrictive covenants for the first time in almost 100 years.

Ms Tillman started working for Egon Zehnder Ltd (“the company”) as a consultant in January 2004 and in 2012 she became the joint global head of the company’s financial services practice area.  Clause 13 of Ms Tillman’s employment contract provided for five restraints upon her activities following the end of her employment, all limited to 6 months. The restraint central to all the issues in the appeal was the non-competition covenant. On 30 January 2017 Ms Tillman’s employment came to an end and shortly after she informed the company that she intended to commence work for a competitor, and that she intended to comply with all her other covenants in the contract apart from clause 13.2.3, which stated that she could not “directly or indirectly engage or be concerned or interested in any business carried on in competition with any of the businesses of the Company or any Group Company which were carried on at the Termination Date or during the period of 12 months prior to that date and with which you were materially concerned during such period.”

The company was successful in obtaining an injunction from the High Court, which was overturned by the Court of Appeal on the application of Ms Tillman. Ms Tillman argued that the clause, which restricted her from, amongst other things, being ‘interested in any business carried on in competition’ was an unreasonable restraint of trade.

The Supreme Court (“SC”) held that the words ‘or interested’ could be severed from the clause to take away the unreasonable effect, meaning that what remained of the covenant was enforceable. The Supreme Court overruled the Court of Appeal’s decision in Attwood (which said that severance of a clause should not commonly be permitted), and as a result the courts will now more readily sever a covenant to make it enforceable. In the judgment, the SC considered the application of the blue pencil test (there can only be removal of words if there is no need to modify what is left), and also that removal should not change the overall effect of the clause.

Although this decision is more favourable to employers, Lord Wilson issued a word of caution in respect of costs. Essentially, if a clause requires an amendment to make it enforceable, then an employer should not expect to be awarded all of its costs. Employers should therefore review their contracts carefully in order to ensure that the restrictive covenants they have in their contracts are tailored to the needs of the business and absolutely essential.

If you would like to discuss a restrictive covenant or any other employment law matter, please contact our specialist employment law solicitors on 0207 956 8699 or info@rllaw.co.uk.