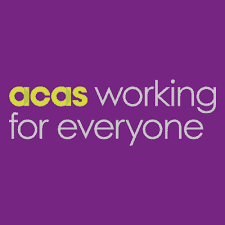 The recent increased focus on Non-Disclosure Agreements (NDAs) has important implications for employers and employees which are important to be aware of.

The UK Parliament’s Women’s and Equalities Committee (‘WEC’) held an inquiry into the use of NDAs in discrimination claims and it published a report in June 2019. The WEC expressed concern that some individuals who sign NDAs are being left uncertain about what they are permitted to say about the alleged unlawful discrimination, harassment or other employment issue that led to the settlement. The WEC recommended actions that the Government and regulators should take to bring about a step change in the use of NDAs in discrimination cases.

In October 2019, the Government published its response to the WEC’s report, including proposals to legislate on various aspects regarding the use of NDAs.

In February 2020, ACAS issued Guidance on NDAs.  ACAS states it is for guidance only and is not an authoritative statement of the law. Amongst the Guidance is that confidentiality clauses:

The Guidance also covers other matters such as limits to confidentiality clauses and on tackling misuse of such clauses.

For further information, please contact our specialist employment and settlement agreement solicitors on 0207 956 8699 or info@rllaw.co.uk.